There are four moving components at each pier. The tire rolls on two support rollers, and the shell moves circumferentially relative to the tire ID. Any relative misalignment of these interactive components results in mechanical instability.
Consider the rolling motion of the tire on a support roller. If the tire axis is parallel to the roller axis, both components roll in the same direction. If the tire axis is not parallel to the roller axis, the tire will roll in a direction slightly different than the roller. The two components are rolling in different directions, and have a common interface. The result is instability via a horizontal motion component, causing the roller to move axially in one direction, and the kiln in the opposite direction. 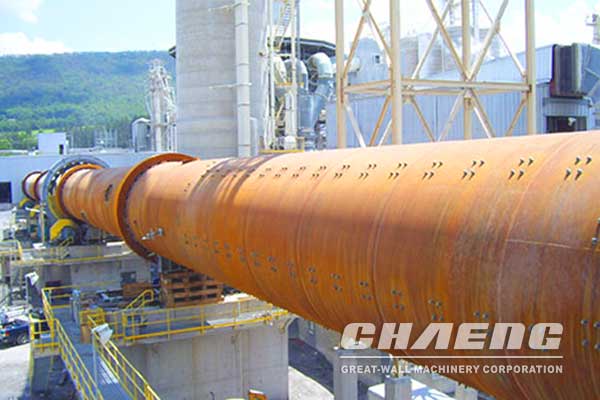 The roller will move axially until the thrust mechanism inside one of the bearings stops the lateral motion. If the degree of roller misalignment is high, the pressure on this thrust mechanism (either a bearing end cap or a thrust collar) becomes high and increased bearing temperature results. The reaction to the axial motion of the support roller is kiln movement in the opposite direction. This axial movement of the kiln is resisted by a thrust roller, which may become overloaded and either fail or overheat.
The difference in the direction of the tire motion and the direction of the support roller motion results in friction and erosion at the point of contact between the tire and the roller. Consequently, the wear of both components is accelerated, and frequent resurfacing becomes necessary.
The difficulties encountered because of the rolling motion of the shell inside the tire ID, commonly referred to as tire creep, are more difficult to envision. If the plane of the tire is perpendicular to the rotating axis of the kiln, the motion of the shell and the motion of the tire are in the same direction and the system is stable. If the plane of the tire is tilted relative to the kiln axis, the tire will roll in a slightly different direction than the shell. The relative horizontal motion of the shell vs. the tire is contained by the tire retainers. Pressure on the retainers results in retainer failure or wear of the retainer and the side of the tire.
The source of tire retainer pressure is the horizontal component of the interaction between the tire ID and the support pads. Tire retainer wear is therefore always accompanied by wear of the tire ID and the support pads. The wear of the pads will result in a loose tire, leading to high shell ovality and refractory failure. These adverse consequences of poor alignment between the shell and the tire will be covered later.
The interaction of the kiln drive components is another area of potential mechanical instability. The principal potential instability in this regard is torsional vibration of the kiln at the gear tooth contact frequency. The causes of such vibration always center on the abrupt transfer of load from one pinion tooth to the following tooth. The shock associated with such abrupt load transfer can sustain vibration of unacceptable magnitude if a resonance condition exists. The smooth transfer of load from one tooth to the next is assured if a) the tooth profiles are not worn, b) the axial and radial runouts of the main gear are within OEM specifications and c) the root clearance of the gear set is low.
Loose drive components can facilitate resonance vibration, and such conditions must therefore be corrected. The attachment of the gear to kiln has to be secure; that is, spring plate pins and gear bolts have to be tight. If a grid coupling is used between the pinion and the gear box, the spacing between coupling halves must be narrow, so resonance tortional vibration of one coupling half relative to the other cannot occur at the low frequency of gear tooth contact. Movement of the pinion in response to tooth pressure fluctuations, (because of a loose pinion base, for example), makes resonance conditions likely. These and other problems pertaining to drive vibrations are covered in greater detail later in the text.
One of the most important requirements of proper kiln maintenance is the stable alignment of the support rollers. Roller positions must be consistent with minimum ovalities, low support roller thrust loads, and a straight kiln axis. The preferred procedure to assure those conditions is a hot kiln alignment, where all alignment measurements are taken when the kiln is under normal operating conditions. 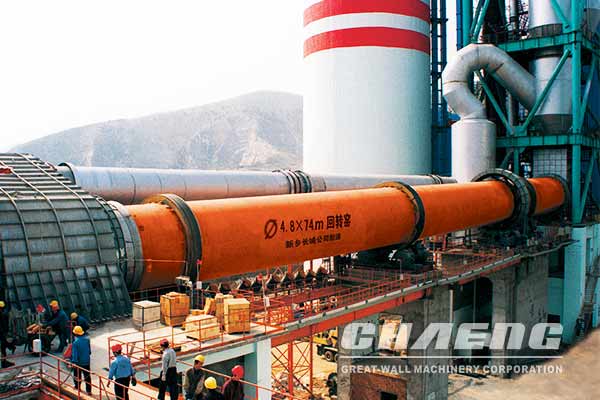 A kiln should be aligned when it is in operation for four very important reasons:
1. A straight cold kiln has a measurable misalignment at operating temperatures. This is because the shell axis elevation increases by one half of the thermal expansion of the shell diameter. This expansion is the function of the shell temperature and, as such, it varies measurably over the length of the kiln.
2. Shell ovality and the effects of heavy coating on ovality are impossible to assess on a cold kiln.
3. Support roller thrust load adjustments are only possible on a running kiln.
4. Measurements of pier load fluctuations in the course of kiln rotation are only possible on a running kiln.

Main Products
CHAENG will participate in The Bright World of Metals in Germany, Welcome your arrival！ ×