Mining operations use crushers, commonly classified by the degree to which they fragment the starting material, with primary and secondary crushers handling coarse materials, and tertiary and quaternary crushers reducing ore particles to finer gradations. Each crusher is designed to work with a certain maximum size of raw material, and often delivers its output to a screening machine which sorts and directs the product for further processing. Typically, crushing stages are followed by milling stages if the materials need to be further reduced. Additionally rockbreakers are typically located next to a crusher to reduce oversize material too large for a crusher. Crushers are used to reduce particle size enough so that the material can be processed into finer particles in a grinder. A typical processing line at a mine might consist of a crusher followed by a mill followed by a ball mill. In this context, the mill and ball mill are considered grinders rather than crushers. 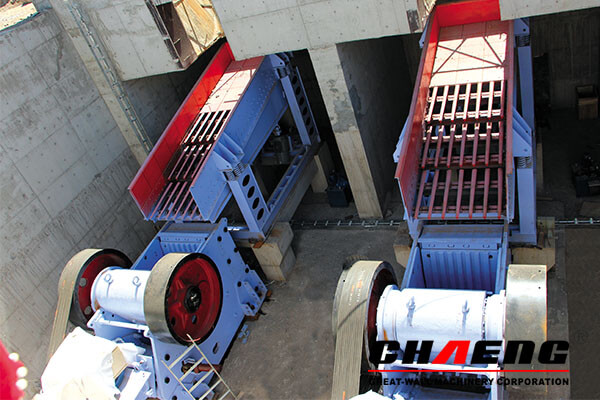 In operation, the raw material (of various sizes) is usually delivered to the primary crusher's hopper by dump trucks, excavators or wheeled front-end loaders. A feeder device such as an apron feeder, conveyor or vibrating grid controls the rate at which this material enters the crusher, and often contains a preliminary screening device which allows smaller material to bypass the crusher itself, thus improving efficiency. Primary crushing reduces the large pieces to a size which can be handled by the downstream machinery. 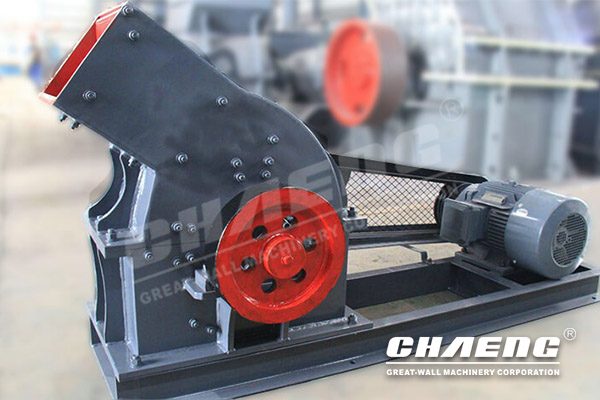 Some crushers are mobile and can crush rocks as large as 1.5 meter (60 inches). Primarily used in-pit at the mine face these units are able to move with the large infeed machines (mainly shovels) to increase the tonnage produced. In a mobile road operation, these crushed rocks are directly combined with concrete and asphalt which are then deposited on to a road surface. This removes the need for hauling oversized material to a stationary crusher and then back to the road surface.